“It seems only yesterday when we opened our first hair salon,” says Nedelka Marin-Martinez, President and CEO of Chiquicuts Corporation. “We wanted to create a specialty salon but since it is a relatively new concept, it took us some time to develop an unbeatable strategy and complete an effective marketing plan. Our new salon consisted of a 700-sq. ft. workspace with 4 fully equipped styling stations. With all the work put into the project, I can say that it was all worth it since it turned out to be a huge success.”

The new hair salon went on to win multiple awards within its first 3 years of operation. It also managed to gain significant attention not only from the local printed media but as well as get some television coverage, an impressive accomplishment considering that the salon industry is quite a competitive market. 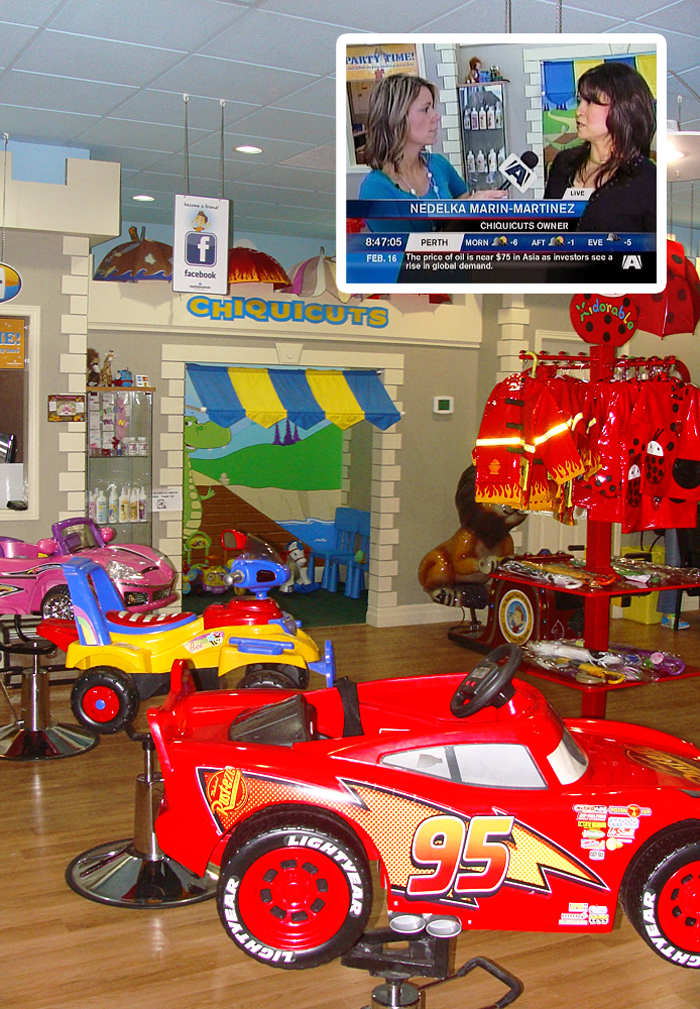 To accommodate its growing body of clients, it was time to take the next step—expansion and creative reconfiguration.

Building a hair salon like the one Nedelka envisioned was, without a doubt, not an easy task. After all, the first salon was such a hit that it is difficult to outshine it. She and her team have already proven that their original concept worked, but now they had another ambitious idea in mind: To create a fairy tale themed salon unlike any other, potentially placing them way ahead of their top competitors.

The new 1,500-sq. ft. salon would be designed and planned from the ground up with the children’s point of view as the primary deciding factor. Details such as the scale of the place, décor, and even the colors all had to be re-imagined from the perspective of a 7-year old child. To meet this challenge, a computer model needed to be developed to help design the themed salon accurately. The designer placed a 3D virtual camera built into the software to view from a height of 4 feet, ensuring that the scale of the castle would not only be inviting to its young clients but would also be built with proportions appropriate for the children’s viewing capability. 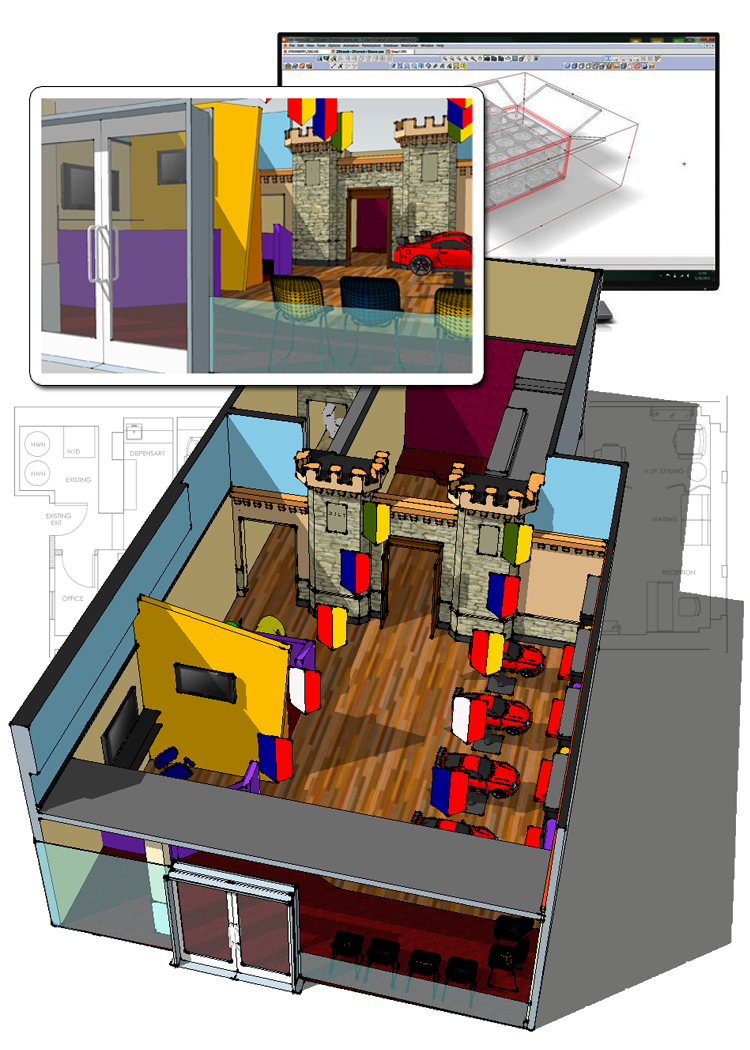 As the castle was the centerpiece of the salon, it was of extreme importance that its look reflected that of a real castle.

After extensive research, it was decided that the towers would be designed based on the Balloch Castle found in Scotland. 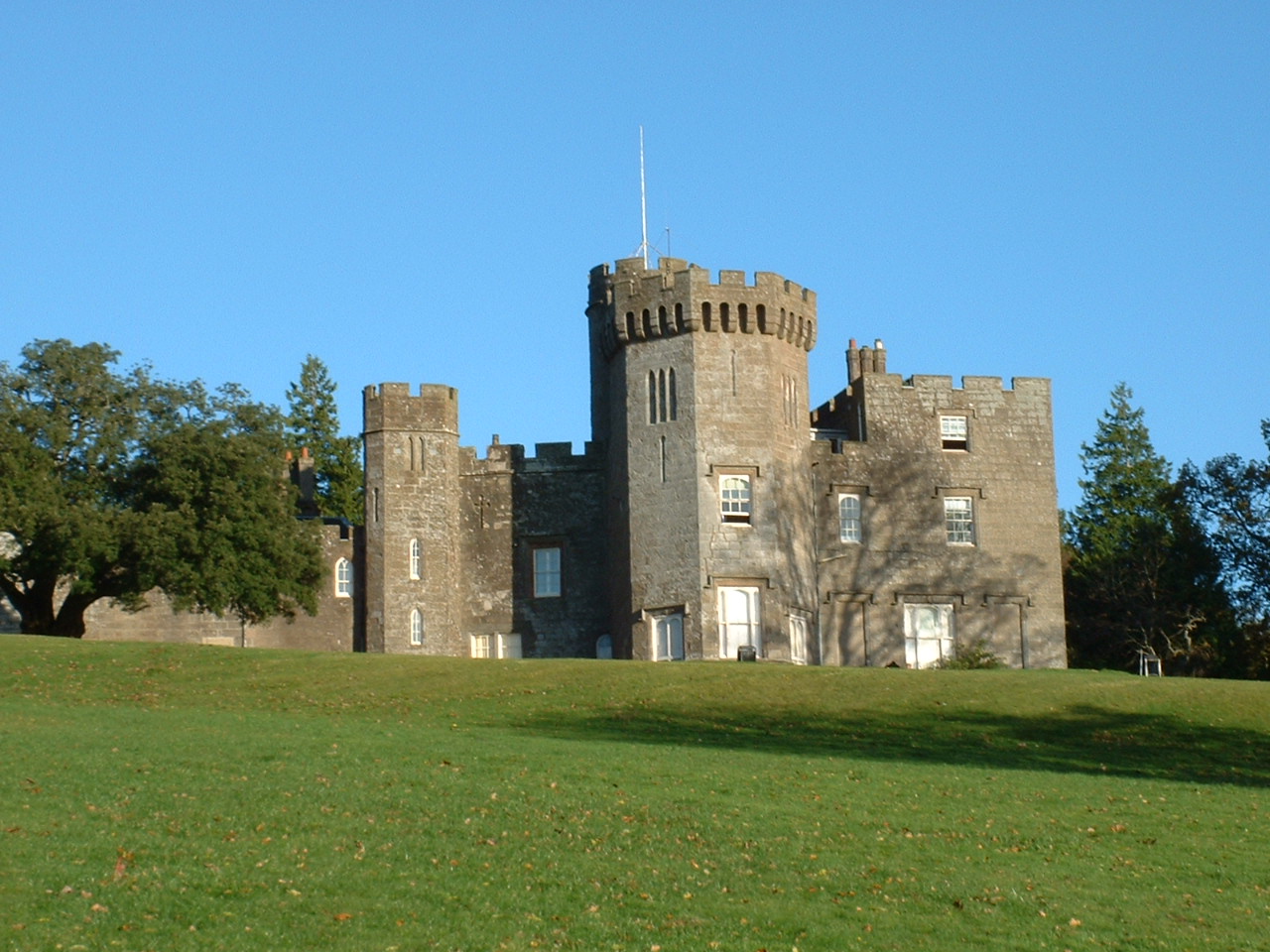 The castle’s interior, on the other hand, was modeled from some of the rooms found in the Buckingham Palace of London. This resulted in the use of Victorian red wallpaper, the large fresco, and elaborate trim work on the walls.

Consistent with the theme, the décor of the salon’s interior includes various medieval details such as shields, swords, emblems, and flags.

All the styling stations are custom-built and come from several locations including Florida, Arizona, Chicago and Los Angeles. Other amenities include a little theater filled with toys, where children are free to watch movies while they wait for their turn.

In keeping with its unique, child-centered approach, a kiddie mechanical ride was installed, creating an atmosphere where children would love to visit the salon and look forward to their next hair appointment.

In addition, the themed salon offers a Party Room, which features an integrated sound system and is pre-wired with disco light equipment. Aside from colorful disco lights and the iconic disco ball, this equipment also includes laser lights, strock lighting, and a smoke machine—making it the only disco room available for children under the age of 12 in North America.

With all these amazing innovations, Nedelka and her team have no plans of stopping. If anything, they only plan to keep expanding and getting even more creative in their approach to the hair salon and hairstyling industry. In the coming years, Chiquicuts Kids Hair Salon has already laid out its next target, and that is to deliver this one-of-a-kind salon on the national stage.

“We are determined to bring our flag store in Ottawa to all the major urban centers in the country,” says Nedelka. “Chiquicuts Kids Hair Salon is not just your average, typical, ordinary children’s hair salon. It is a magical place. We are going to make magic happen for children everywhere.” 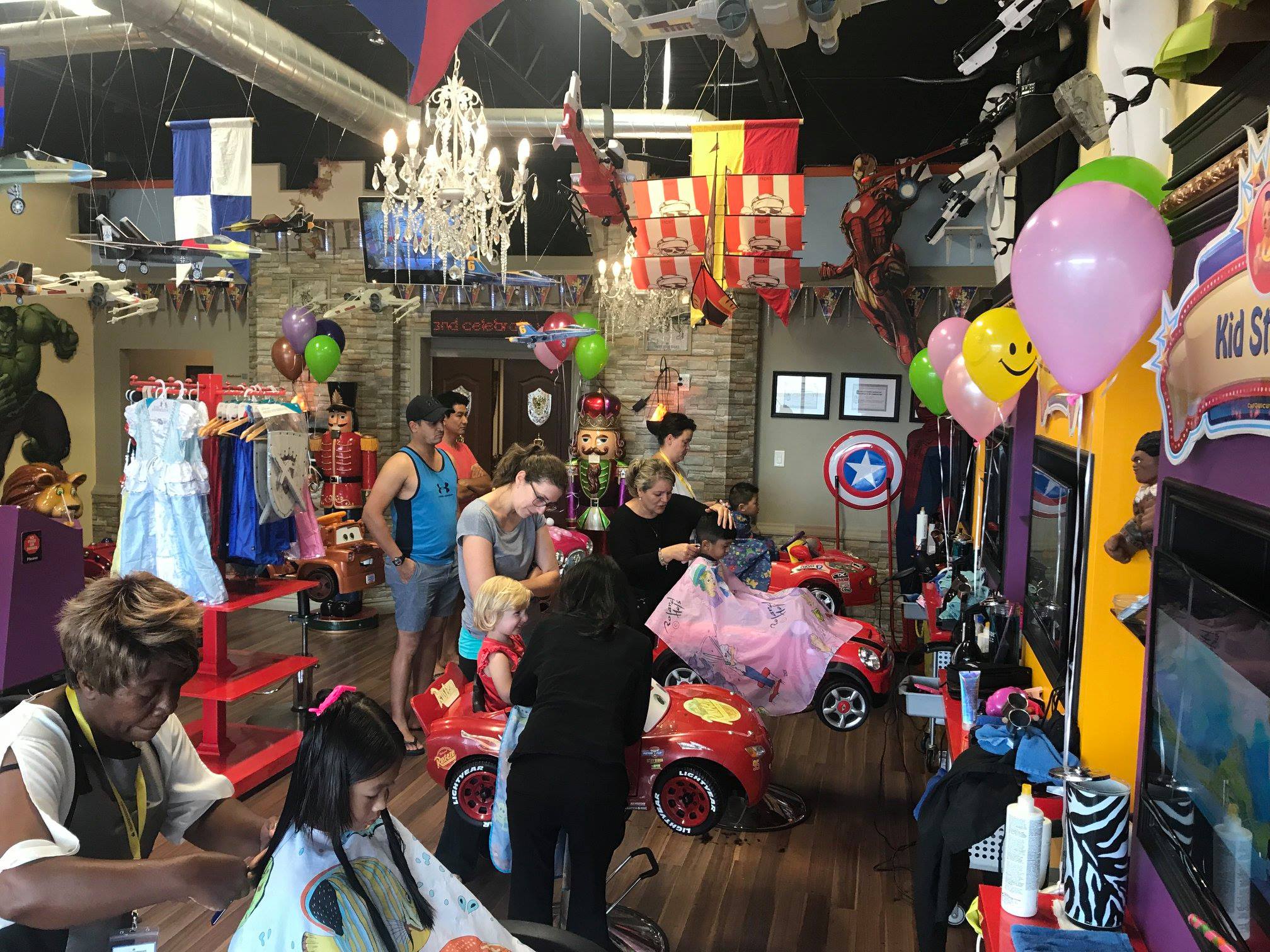 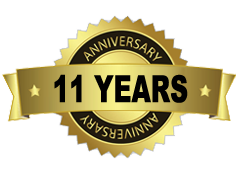 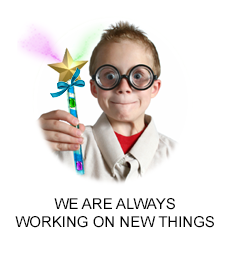 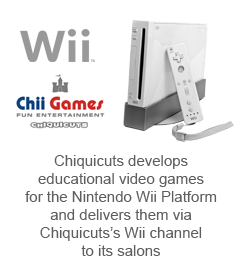 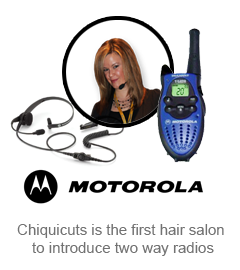 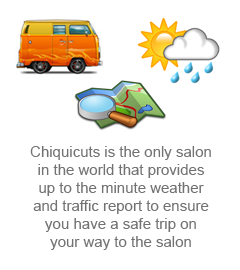 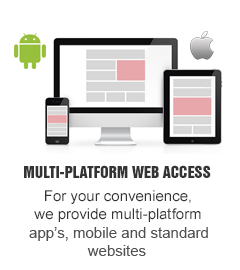 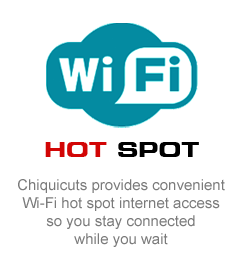 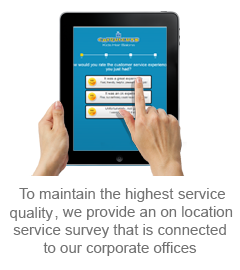 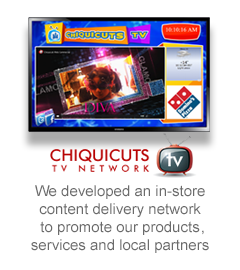 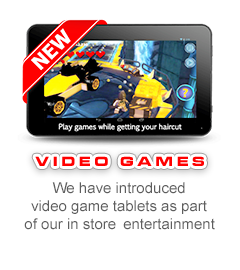 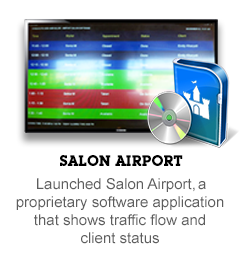 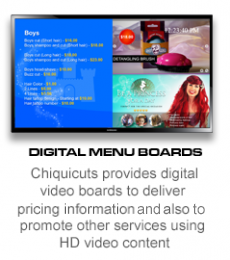 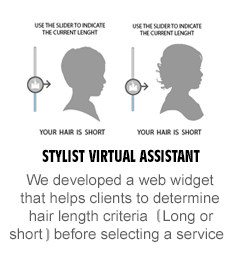 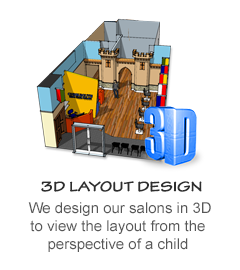 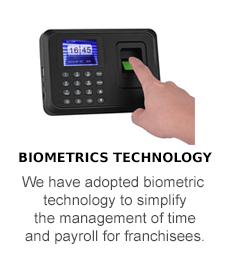 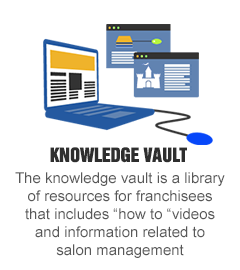 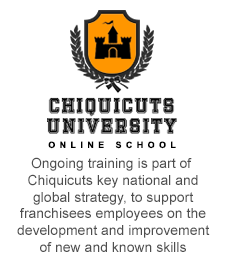 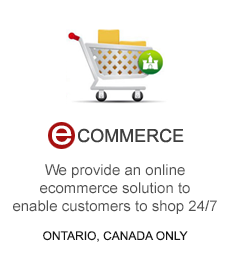 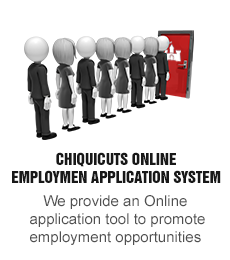 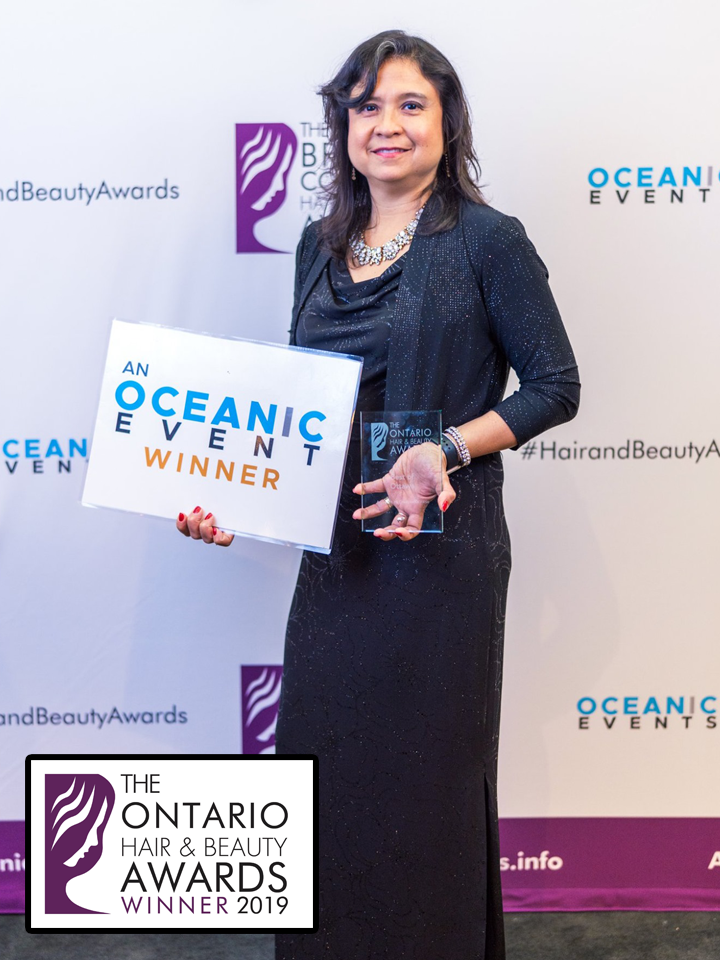 Among the many awards, Chiquicuts has earned over the years, “The Best of Ottawa” at the Ontario Hair & Beauty Awards 2019 held in Hamilton, Ontario Canada, on November 24, 2019, is perhaps the most meaningful and biggest achievement so far. This event is considered the Oscars of the hairstyling industry in Canada.

Winning a star on this prestigious award is a true achievement and a success batch that we proudly wear.

Chiquicuts earn the award for its creativity, innovation, excellence in service, and impact on the Canadian hairstyling industry and local market. 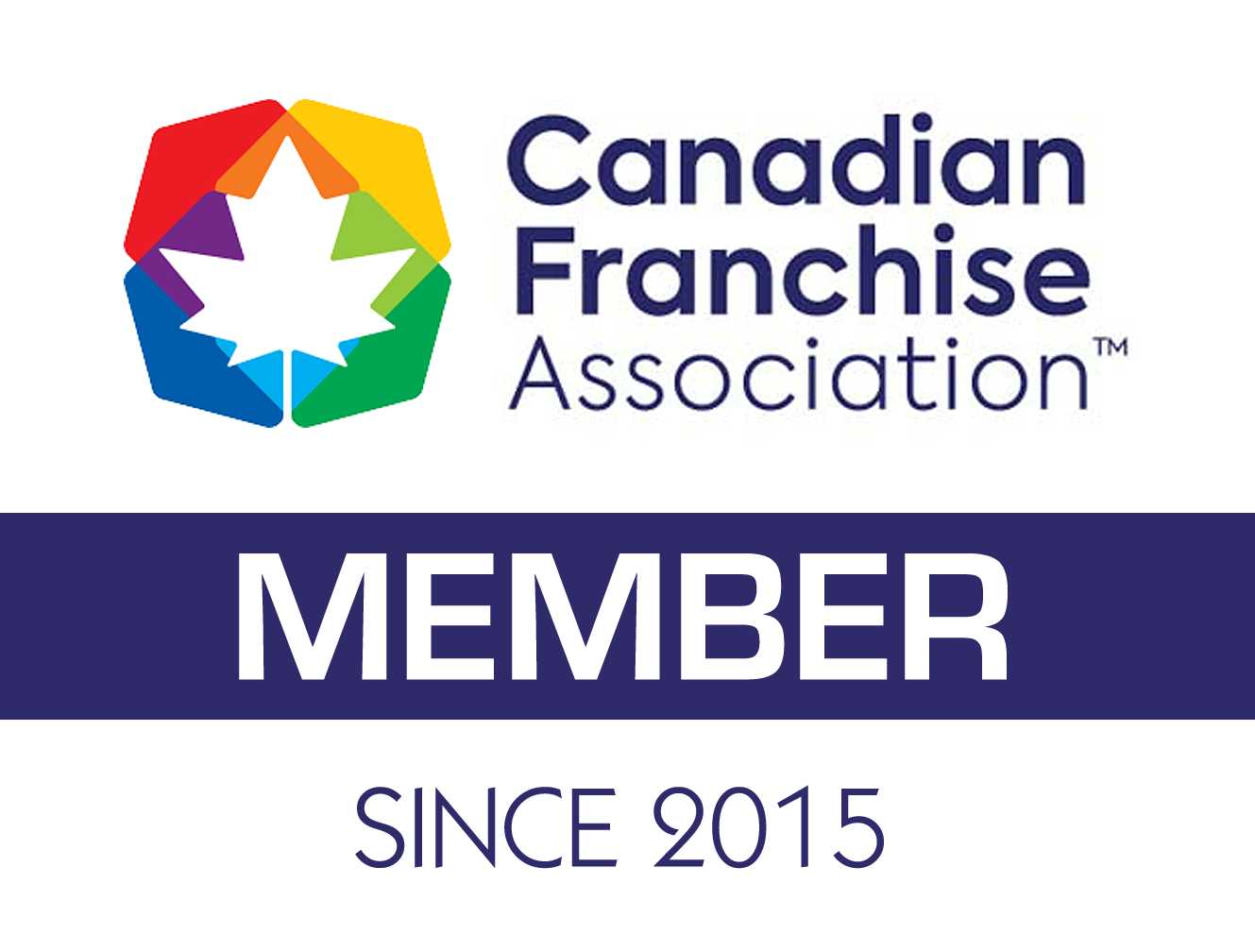